If I’m cute, then they won’t notice… 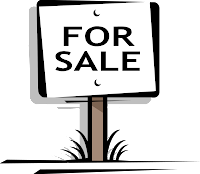 I don’t want to jinx it by saying too much, but we think we have our house sold. 🙂  We sign the papers for the offer this afternoon.  As soon as we do that, they will call in the property inspectors and have the appraisal done.  After that, it’s all on us to get moved.
After eleven months, this will be relief…  You can read about how we began this crazy journey in my original 2011 Year of Reevaluation post back in January.
In anticipation of selling the house, we already purchased five acres of land here in Middle Georgia way back in February.  Our plan was to move in a small trailer so we could live cheap while paying down debt and building a house (cause that’s kind of what my family does as our hobby). All we were lacking was the trailer, which we couldn’t really buy until after the house sold.  See a problem here?

As you probably noticed, when we bought land back in February this resulted in us ultimately having two mortgages.  The trailer (no matter how small or cheap) would have added more debt on top of all that we were already in.  BUT and here is the kicker, if you don’t have a place set up to move into when you sell your house, then you have to find a place to rent until said house is ready.  With a dog, a cat, a lizard, a turtle, a fish and various crickets and minnows, we aren’t exactly the idea renters.
Thus began our month long roller coaster ride in search of our future home.
The first place we actually bought (yes, bought) was very small, affordable, and would have worked perfectly for the short time we needed it.  Even though we did all the checking required to make certain it would work on our lot, we ran into problems when we went to have the title put into our names. Apparently, you need this little habitation sticker in order to live in any dwelling and our trailer did not have one (was built in Alabama – no idea why they didn’t put a sticker on it).  Thank Heavens the company gave us our money back, only deducting what was needed to redo the title.
Next came a little bit bigger trailer that was a little more than half the cost of the other place.  Yay for us.  Yeah, not so much.  When we told the lady we needed it by the first of December, she said there was no way she could be out until after the first of the year.  Really? Then why did she list it for sale now??
Another day, another trailer.  We drove an hour and a half to see this one and I don’t even have the right word to describe how bad this place was.  The previous owners had picked up and left everything but their valuables.  When I say everything, I mean everything. Food (cupboards and fridge – yuck!), dishes in the sink, clothes all over the floor, a cage off to the side.  When we investigated the cage a bit further, we noted there were several snake skins that had been shed and… Some people really don’t deserve to have pets…
Fourth place was very nice inside.  A bit dated, but nothing I couldn’t work with.  Of course, the big dip in the roof line and frame of the trailer had us turning that one down.
This went on with several more places. I was actually surprised to find out that used trailers were in high demand in this economy. Apparently people are able to get loans for these a lot quicker than they can get one on a new trailer or a house.  This is why we were only finding the bottom of the barrel places.
Finally, we gave up the search and spent a bit more than we intended to spend and bought a new one.  It is still cheap and small, but definitely livable.
Now we cross our fingers, toes, eyes and all other body parts in hopes that these people aren’t jerking our chain.  We hope the sale goes smoothly.  Like I said, I don’t want to jinx it. 🙂
Anyway, this has been my life for the past four weeks.  We are clearing trees from the five acres, putting in a water and septic system, bringing in the trailer, skirting and underpinning, dealing with inspectors at both places, collecting boxes, packing up the house, painting, shampooing, cleaning, and in between all that, planning to enjoy a nice Thanksgiving with family (who don’t live here, which means…).
Oh and did I mention the handful of classes I have to finish by the end of December, the book I’d planned to have self-published by the end of next week, The Kid and his many activities taking up at least three nights a week, and a few other things I just can’t think of at the moment.
So that’s me.  Not much going on.  How about you? Doing anything interesting for Thanksgiving?
Share
0