10 Cool Things I Found Out About Thanksgiving 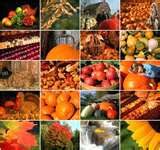 I really enjoy Thanksgiving. I love the feel of the crisp cool air cloaking my body as I walk out the door for a walk, the crackly leaves littering the ground, and the mouthwatering scents wafting from houses as I walk by. I also love it when my extended family makes plans to celebrate the holiday together. This year is one of those years. We actually have family driving in from both Wyoming and Virginia. I’ve spent the better part of the weekend scrubbing the floors, washing bedding and stocking the pantry in anticipation of their arrival. I honestly can’t wait!

In the meantime, I started thinking about the Thanksgiving traditions and why we celebrate some of the things we do. As I surfed the Internet, I found some really cool sites and information. I thought I’d share a few of them with you. 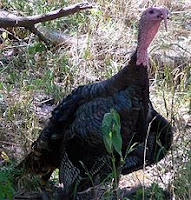 So, here is my Top 10 List of really cool things I found out when I was researching the Thanksgiving holiday. Enjoy!

1. Thanksgiving (also known as Turkey Day) is celebrated mostly in the United States and Canada.

2. In the Unites States, it falls on the fourth Thursday of November. In Canada, it is celebrated on the second Monday in October. Go figure…

3. The first Thanksgiving in the Unites States was celebrated in Plymouth Plantation in Massachusetts in 1621.

4. In Canada, Thanksgiving goes back to when an explorer, Martin Frobisher, returned home after trying to find a northern passage to the Pacific Ocean.

5. George Washing proclaimed a Nation day of Thanksgiving in 1789. Unfortunately, there was still some discord between the colonies and many people opposed the holiday.

6. But it wasn’t until 1863 when President Lincoln proclaimed a “Thanksgiving Day” that every other president after him designated a day of Thanksgiving.

7. About.com has a really cool article from Kimberly Powell that talks about the Top 5 Family Thanksgiving Traditions. My family will be doing ALL 5 of the items she listed. Well, maybe with #2 the TV might be watching us…grin…

8. Wilstar.com has a really cool site with a countdown counter, a quiz to see how much you really know about the holiday, an awesome story with some terrific facts, some neat games and print-outs, etc. I got a 60% on the quiz…grin…

10. The Macy’s Thanksgiving Day Parade started in 1942, making it the second oldest Thanksgiving parade in the US (and tying it with a Detroit Thanksgiving Day parade). Why Macy’s? Well, as it happens, most of the employees at Macy’s in the 1920’s were immigrants and proud of their new American heritage, wanted to celebrate the holiday with the type of festivals their parents celebrated in Europe.

And that is just a few of the really cool facts I found. Thank you Wikipedia for leading me to some really neat sites and for giving me a platform to find out more holiday information.

inspiration in an intensive leadership training I attended this past October. I’m giving away a free $10 Starbucks gift card for one lucky commenter. For multiples chances to enter, leave a comment here and over at the other blog and I’ll post the winner tomorrow (Tuesday) morning.