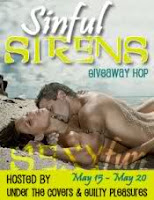 The Under The Covers blog and Guilty Pleasures blog wanted to heat things up until the only way you can cool down is with a dip in the ocean.  How do they plan to do that? By enticing other sirens to share some of their favorite scorching hot reads!  What could be better than that?
To follow through, I wanted to share a few of my favorite hot reads.
First one is Inhale by Kendall Grey.
From my review:

Inhale is sexy, raw and in-your-face.  The hero cusses, smokes, drinks and admits he has slept with his share of women.  Because of this, the author’s unique voice makes this story stand out from any other I’ve read. With a fast pace and very little filler words, this story will keep you moving on to the next chapter no matter how many times you try to stop.  LOVED IT!
She isn’t crazy. She isn’t crazy. She isn’t crazy.
Or is she?
Dr. Zoe Morgan has made researching and saving the wales her life’s work.  Thanks to a connection she can’t explain, she’s able to communication with them.  But with every gift, there is a curse. And unfortunately Zoe’s curse is insanity.  Pegged with panic attacks and a fear of following in her father’s footsteps right off the deep end, Zoe does her best to ignore the voices.  If only that worked.
Gavin Cassidy is a rock star set on a path of total self-destruction. Then the Dreaming plucks him right out of his pity party and forces him to acknowledge his duties as a Sentinel.  After having ignored his gifts as a Water Element since tragedy struck years earlier, Gavin hoped this summons would be a quick in and out of the Dreaming.  But the rock star soon discovers he isn’t going to get off so easy.
~~~
Second great book is Phantoms & Fantasies by Annie Rayburn
From my review:

Annie Rayburn has created an amazing world. Her alien race of Crainesians blends easily with their human neighbors and share a large number of similarities. The traits that do make them different are what makes these books so tantalizing.

In Phantoms & Fantasies, Zeenie LaShey is recovering from a horrendous act that has left her afraid of intimacy. For years, Turke Fontaine has known he is Zeenie’s life mate but has not acted on those feelings that are such a huge part of their race in order to give her a chance to heal from the attack. Now that Zeenie has decided to step back into the relationship realm, Turke is more than ready to make his feelings known. He’s even willing to endure the ridicule of the Crainesian race for being the pursuer in the relationship when it is normally the female who takes on that role.

~~~
A third awesome read is Afterlightby Elle Jasper
From my review:

Riley Poe is about to have her world turned upside down.  Having experienced the darker side of Savannah Georgia, she’s well aware that her fifteen-year-old brother has to make his own mistakes to learn from them.  But something evil is released during a night of vandalism and now Riley has to step in and save the day.
Along the way, she learns that vampires can be good or bad and that the guy she can’t keep her hands off of might just be her worst enemy.
Afterlight and the world Elle Jasper has created is “wicked-cool!”  Riley Poe is a kick ass heroine who can hold her own in any situation. Whether it is running her tattoo shop, Inksomnia, or standing her ground against both the good guys as well as the bad.
~~~
What do you think?  Any of these look good to you?  I promise, they are all excellent books.
So, when does this Sinful Sirens Giveaway Hop start?
The hop runs from Tuesday May 15th through midnight Sunday May 20th.
And now for the good part.  What do you win?
We have two prizes being offered for this hop.  Two prizes means two different winners!
1) For the first prize, I’ll giveaway an e-download of your choice from one of the books listed above via Amazon.
2) Second prize is another great e-read.
My friend and fellow Petit Fours and Hot Tamales blogger, Sandra McGregor is giving away an e-download of her contemporary time travel story, Into My Dreams.
From Smashwords:

Some people believe there is a fine line between reality and fiction. Some have found that line…and have crossed it. When Melody Dawson, 24, learns that she can read while sitting in a specific chair and actually go into the story on a dream trip, she’s excited, but also frightened. When she enlists her new friend, Jason Powell, to help her figure out how this phenomenon is occurring, they have the thrill of traveling together into a book. Neither Melody nor Jason has any intention of falling in love, but during their struggles to understand the chair and its capabilities, that’s exactly what happens.

Into My Dreams includes several snippets of stories that the couple read while they’re sitting in the chair, but before they find all the answers, Jason disappears, jerked across the fine line between reality and fiction, leaving Melody to figure out where he has gone and if there is a way to bring him back.

How can you win these great prizes?
Simply fill in the Rafflecopter information below.  There are 6 chances to win.
1 mandatory and 5 optional entries.
Mandatory (1)
1) Sign up for my newsletter (*note* I do NOT SPAM my readers, nor do I sell the entry information. This is simply a quarterly newsletter and the occasional GOOD NEWS notification system.)
Optional (5)
2) Add Sandra Elzie as a FRIEND on Facebook
3) Like my Tami Brothers Author Facebook page
4) Friend me on Twitter
5) Become one of my Fellow Beach Bum friends via Google Friend Connect (on the right sidebar)
6) Hop over to my National Clean Purse blog post and leave a comment ~ Not only will you get a chance to win something from the Sinful Sirens blog hop, but you will also be entered for a chance to win Kathy Lipp’s new organization book, The Get Yourself Organized Project.
~~~

As an added BONUSand to THANK YOU for simply stopping by, I’m giving everyone a FREEdownload of my Halloween short story, Drool Worthy.  You can find a link to the book at Smashwords and Barnes & Noble.
Thanks a ton for stopping by on your Spring Fling Blog Hop stop. Now HOPon over to the others and good luck!!!
Tami

In Her Wildest Dreams coming this June
Book Summary:
“How does an average, forty-something woman rationalize a short fling with one of Atlanta’s Most Eligible Bachelors?  By telling herself no one would ever know and since he’s moving, she would never see him again.  What could go wrong?”
Now hop on over to visit some of the other terrific blogs participating in this sizzling hop.
Share
0