~ A Double Treat and a FREE Short Story ~

Categories
Tags
Welcome! If you are here from the Petit Fours and Hot Tamales blog, the rest of Babbet’s New Beginning featured on December 18th can be found below.  Enjoy! 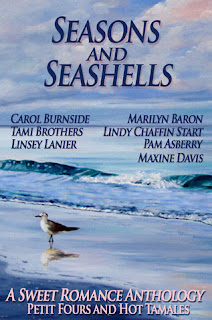 If you are reading this post and have not yet read the first part of the story, hop over to the Petit Fours and Hot Tamales blogat THIS LINK and read Babbet’s introduction. Then PLEASE jump back for more of Andrew’s story.  This is the short story featured in the anthology just recently released.  Seasons and Seashells is a great compilation of seven different authors and seven completely different stories featuring one or more of the themes from the title of the book.  I promise you won’t go wrong if you grab a free download of the book for your eReader at Smashwords.  That way you’ll have all eight stories with no interruptions.