The New Year has barely started and I’m drowning already! 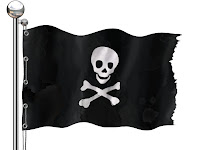 Everyone I talked to said the symptoms sounded like food poisoning.  That would have been the easy diagnosis. Except… Except now three other friends and family members have come down with the same thing.  Hubby had his tsunami two days after mine, but not as bad.  Then a friend caught the wave. Now today a coworker called in and was barely treading water.  Not sounding so much like food poisoning anymore.  Nasty little bug.  I’m hoping the little bugger drowns soon and no one else ends up with it. 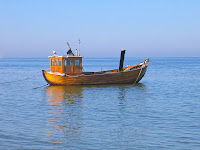 I was looking forward to a fun spa day this weekend with a couple of friends (would have been my first facial!!!).  Unfortunately, just found out we have to cancel. Still not quite sure why, but my friend said it was necessary and that she would explain later.  Hope that bug didn’t hitch a ride on her boat.
Another friend and I signed up for three classes spanning the next two and a half months.  Already I’m bailing water out of a rapidly filling boat!!!  Grrrr…  This doesn’t even take into account three classes I’m already in for work (which I’m also behind in). 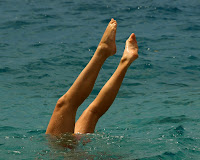 Unlike in years past, I haven’t even started writing out my goals for this year.  Normally I have personal, fitness, work, writing, family and even reading goals all lined out.  But this year.  Nothing. None. Natta a one.  The Captain’s log is blank.
As you can see, my ship is a bit unstable in these choppy waves. 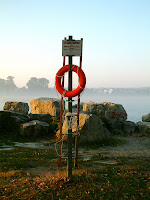 Fear not, though.  I will not let these sneaky little Debbie Downers ruin my year.  I’ve got a rubber ducky life preserver wrapped around my chest and floaties giving my arms a rest.
I vow that even though I can’t get caught up this week, I will make it happen over the weekend.
I’ll just pretend that January 9th is my fresh 2012 start.  Maybe I’ll shop around for a better boat while I’m at it.

Until then, have a fabulous weekend. 🙂 Bon voyage!!!