What am I reading???

Categories
Tags
Best laid plans… Gotta love em.  I had planned to put up a blog post about my trip to Atlanta this weekend and my visit with my fellow Petit Fours and Hot Tamales sisters during the Georgia Romance Writers monthly meeting.  This was supposed to go up yesterday but life just got in the way.  Sooooo, instead I’ll post some reviews I added to Amazon over the past week.
The following authors write very different genres.  One is a cozy mystery type that is fun and quirky, while the other is incredibly sexy.  But both series of books were fun to read and kept me coming back for more.
Linsey Lanier has a snarky voice that really shines through in her Clever Detective series.  I had a lot of fun reading these and couldn’t wait to see what fairy tale she featured for each book. 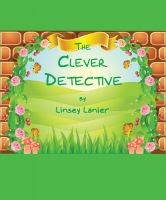 A little Alice in Wonderland. A showing by the three little pigs. A peek at the golden goose. A little rivalry with Bo Peep.

Linsey Lanier’s The Clever Detective is a grown-up’s trip down memory lane. We follow Detective Stacey Alexander as she meets with a potential client at an address that turns out to be a hollow tree with a door carved in its side. She soon finds herself hurtling down a dark tunnel and landing at the feet of her client, King Thrugood. This begins a trip through some of our favorite fairy tales as Stacey sets out across the Kingdom to find the missing Prince.

Ms. Lanier has a fun, flirty voice that had me thinking of the old black and white detective movies where the detective’s voice gives the audience a play by play of the story. The author combined this technique with the fairy tale world to create a fun and unique short story that left me smiling all the way through.

If you’re looking for a temporary getaway that’s light and easy to read or one that leaves you with a good feeling about the world we live in, The Clever Detective will take you to that place. Kudos to the author. 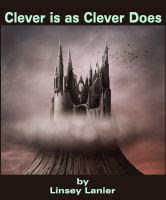 Clever is as Clever Does (FREE)

Detective Stacey Alexander continues her adventure in the Thrugood kingdom in Clever is as Clever Does. After dating for a few months, Stacey is ready to hear those three little words from the sexy Prince. But the Prince has yet to say them.

Along comes Wenceslas, a Saint Bernard sized rabbit dressed in a plaid coat and tie and speaking with a Brooklyn accent. He enlists Stacey’s help in solving a murder at the home of the Seven Dwarfs. She jumps at the chance to distract herself from her dilemma. But this open and shut case turns complicated when a gang of biker pigs turn up as the lead suspects.

After a girl fight with a wicked Queen in Jane Fonda workout clothes and a run in with a magic mirror, Stacey solves the case. Now the only thing left to do is revive Snow White with a kiss from a Prince and life will go on. But that means letting go of the one thing she wants most.

Linsey Lanier’s snarky voice shines through in her latest Detective short story. The author kept this grown-up fairy tale light and humorous all the way to the end, leaving the reader with a sense that all is right with the world. I can’t wait to read the next phase in Prince Chad and Detective Stacey’s romance.

Cleverest of Them All

In Cleverest of Them All, wedding plans are in the air but Detective Stacey Alexander is having cold feet. When she tries to talk to Prince Chad about her feelings, his interfering mother has Stacey hot footing it out of the kingdom with the Prince running after her.

As soon as Stacey steps back into her world, Prince Chad turns into a frog. When she tries to give him a kiss to turn him back into a Prince, he avoids her. This is the ultimate rejection and has Stacey running back to her old life.

Immediately she’s drawn into solving the murder of the towns Distract Attorney, Clarence Hump, who recently took a tumble off a very tall building. This thrusts the Detective into a case with Ella Cindy, the Black Dragons, a big bad wolf look alike and a Princely frog tagging along the whole way. When things start to get a little dangerous, it’s Prince Chad who hops in and saves the day. But is his chivalry enough to win back the prickly detective’s affections?

The Cleverest of Them All was a hoot to read. I loved Linsey Lanier’s introduction of Detective Stacey’s insecurities. As brave as the heroine has been throughout the previous two books, I admit that I breathed a little satisfied sigh to see the hero come to the rescue. Full of twists and turns and different surprises around each and every corner, this story is a bit darker and a lot sexier than the other two. But I liked every bit of it. I honestly hope this won’t be the last that we read about Detective Stacey and her handsome Prince.

~~~
In another vein, Carol Burnside/Annie Rayburn created a whole new race for her trio of stories.  I loved how each story was unique and gave the reader a deeper understanding of her Crainesain world.

Annie Rayburn has created an amazing world. Her alien race of Crainesians blends easily with their human neighbors and share a large number of similarities. The traits that do make them different are what makes these books so tantalizing.

In Phantoms & Fantasies, Zeenie LaShey is recovering from a horrendous act that has left her afraid of intimacy. For years, Turke Fontaine has known he is Zeenie’s life mate but has not acted on those feelings that are such a huge part of their race in order to give her a chance to heal from the attack. Now that Zeenie has decided to step back into the relationship realm, Turke is more than ready to make his feelings known. He’s even willing to endure the ridicule of the Crainesian race for being the pursuer in the relationship when it is normally the female who takes on that role.

When Zeenie finally comes to terms with their inevitable attraction, she now has to find a way to fix things so that her life mate does not have to face the mockery from their world. But what would be a big enough gesture to fix this melee?

I won’t spoil the ending but I can tell you there is no doubt to be had about Zeenie claiming her man.

This was a breathtaking story. Ms. Rayburn has totally created a world that is both believable and sexy. I could see myself living next door to a Crainesian and am envious of the link the life mates have with each other. Zeenie and Turke have incredible chemistry and I loved how patient Turke was as he waited for Zeenie. The surprise with house showed just how vested he was and his willingness to take on the ridicule from their world showed how much she really meant to him. This guy is everything a girl (either human or Crainesian) is looking for.

I read this story in one sitting, it was that good. I think the author has a definite keeper with this new world and I can’t wait to read more.

I love a book with a take charge woman. The Crainesian race is an alien race that has come to Earth from a dying planet. They are incredibly similar to their human counterparts but one of the things that make them so different is their strong attraction and immediate recognition when they meet their life mates. In Insight, Sela Marin’s chance meeting with Jonavon Wyatt results in that instant sizzling attraction. Just one problem. Jonavon is engaged to another woman. But Sela won’t let a little thing like an engagement stand between her and her true love.

Jonavon is one of those people who were born from one human parent and one Crainesian. With his father being Crainesian and dying when Jonavon was a young boy, he didn’t know a lot about his heritage. But after a crash course in Crainesian customs and a clean break from a woman he didn’t really love, he’s free to explore a relationship with Sela.

This was a fun story. Although I loved Phantoms and Fantasies, Insight introduces the reader to the real take charge tendencies of the female Crainesian and just how forward they are. I love that Sela wasn’t about to take no for an answer and that once Jonavon opened his mind to the possibilities Sela described, he found love like he never dreamed he could have.

Ms. Rayburn has created a world so incredible that I can’t wait to see what else she has in store.

The worst thing that could happen to a Crainesian has happened. When Teriza Farrington decides to update the grounds of her grandmother’s estate, she never expected to meet her life mate. Or his human wife.

After living with the results of her stepfather’s infidelity, there is no way she would be the cause of divorce for someone else. Even if it does mean she is giving up her only chance at happiness. When the physical effects of ignoring the bond between life mates has Teriza close to death, she agrees to a sexual surrogate. Even though the man assigned to take care of her needs is everything she could ever dream of in a sexual partner, it is his friend who ignites a flame in Teriza’s body and soul.

Paul Craddock took a job at the clinic in Switzerland as a way to quench the sexual hunger that ensures even after the death of his life mate. He never expected to find someone who might fill the emptiness in his heart. Now that he’s found Teriza, he doesn’t want to let her go. But it’s going to take a lot to convince the hardheaded Crainesian woman that even if they aren’t officially life mates, they can still find happiness with each other.

Bittersweet Obsessions is an awesome story! I wasn’t sure how Annie Rayburn was going to pull this one off, but she did an amazing job. I LOVED Teriza and Paul’s love story and I LOVED Deacon and Sallie’s. As much as I hated the idea of the two life mates not being together, Ms. Rayburn left me feeling that this was the ONLY way this story could have played out. The introduction of the Swiss clinic was quite entertaining and gave the Crainesian world a depth that just reading about the various couples and their stories never could have conveyed. The necessity of the clinic brought to light the seriousness of ignoring the life mate call and just how dangerous the pheromone release could be if not addressed. I finished the book completely satisfied that both Teriza and Deacon’s separate lives would work out. The only thing I need to know now is if Klause will get his own book and find his Happily Ever After? I sure hope so.

All six are excellent books!

That’s what I’ve been reading the past couple of weeks.  How about you?  Anything to add to the list???

What am I reading?

What am I Reading?