Harry Potter and the Deathly Hallows. LOVED IT!!!

Bella and the Evil Queen – What started the apple thought 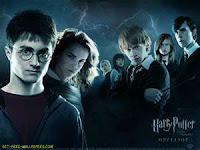 I know.  I’m a total nerd.  But I honestly can’t help myself.
I spent the week leading up to the eighth movie watching the previous seven.  LOVED them.  As always.  It’s really no surprise that after watching the final chapter I had to revisit the books.  I’m reading with The Kid, so we are going at a much slower pace than I normally would.
In taking my time, I’m actually catching a few things I either skipped in my initial (seven or so) readings or that I completely forgot about.  These little things are what make this series compelling and memorable.  Enough so that I (and hundreds of thousands of other people) will reread these books over and over again simply because I enjoy losing myself in this fictional world. 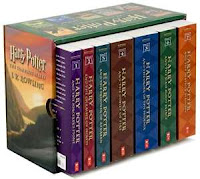 As I was reading, I realized that those who have only seen the movies have no idea about some of the little details J.K. Rowling does so well.  Of course if the movies added in every little thing, they would be way too long.  We would lose a lot of those Harry Potter fans.  But I wonder if those movie fans knew about some of the key plot points that were left out of the movie, if maybe a few of them might venture into reading the books.  Hmmm…  No idea if this will help, but just thinking of these missing threads increased my desire to keep reading.
So, without further chatter, here are 10 reasons Harry Potter movie fans should read the Harry Potter books.
1.       The whole Dursley experience throughout the series is only touched upon.  I know this had to be cut down in order to add in more important parts of the plot, but Harry did spend most of his summers with his aunt and uncle and by reading the books, we come away with a better understanding about why they do what they do.  AND I love the Harry/Dudley conflict.  Their parting in book seven touched me the most.
2.       Christmas!  Actually several different holidays.  The movies touched on this a bit, but they didn’t show the gifts the Dursleys sent Harry or even the chocolate eggs Mrs. Weasley sent the crew at Easter.  How about celebrating at the Weasley home?
3.       In the Sorcerer’s Stone, the journey to find the stone is pared down so much that several of the tasks the three have to solve are totally left out of the movies.  I really thought that some of them highlighted the trios various strengths.
4.       Quiddich.  Come on.  Do you really think they only played a couple of games throughout the whole seven years?  The growth of all characters involved and the new personalities introduced via the game are amazing.
5.       The Twiwizard Tournament tasks.  I was very disappointed in the descriptions of the tasks the champions had to endure.  In fact, where do you think Harry learned all those spells and charms he teaches Dumbledore’s Army?  And what about those spells?  The movies do not do justice to sheer number of possibilities or the fact that the teenagers had not learned to think their spells instead of having to say them aloud.  In the books, the adults don’t speak them.   And what about apparating?  That whole experience is lost to the viewers.
6.       The Weasley Family.  This was the hardest to see cut.  Harry meets all of the Weasley brothers earlier on and those guys sound pretty hot.  Then after the fourth movie, Percy Weasly is literally forgotten.  But Percy really plays a major role in the books when he sides with the Ministry of Magic and turns against his own family.  Oh and we can’t leave out the whole cleaning of Sirius’s home.  Mrs. Weasley was a huge task masker and the things they found while cleaning out that house was seriously cool.
7.       The hospital in Order of the Phoenix when Mr. Weasley is hurt.  This place is AWESOME!  I could definitely picture the cast of characters and see this place in my mind as I read.
8.       The Ghosts!  Wouldn’t that Death party have been cool to see???
9.       Animagus.  How could they leave out the Rita Skeeter/Hermione battle?  Ever wonder how Harry’s dad and Sirius became animagus?
10.   The creatures.  Yes, the movie touched on a few of the creatures J.K. Rowling created, but they certainly did not do the large number justice.
I could keep going, but I can see this post getting way out of hand.  I’ll finish with saying that there is a whole other side of Hogwarts and the magical world that movie goers hear nothing about.
What about you?  Any of you have favorite parts you think the movie fans would love to know more about?
Oh man, how could I forget about the Quibbler and Hogsmeade?  See?  I could go on and on…
Some fun YouTube videos I thought you might like to see.  🙂
I thought this one was fun, but it had a few bad words. So if you want to watch it, you will have to go directly to YouTube… 🙂
https://youtu.be/Kq5tkH1VtFQ
Share
0