In Her Wildest Dreams is FINALLY here!!!

Blog Hop Winners Announced – Sorry I’m so late with this :)

Where in the World…

Categories
Tags
Horns are blowing.
Crowds are cheering.
Flags are waving in the wind.
Why? Because my book is FINALLYavailable! 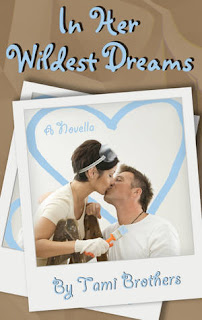 In Her Wildest Dreams
Summary:
A fling.  That’s all it was supposed to be.  But then he changed the rules.
How does a divorced, single mother rationalize a short fling with one of Atlanta’s Hottest Bachelors? By telling herself no one would ever know, and since he’s moving, she would never see him again. What could go wrong?
After finding out her husband of twenty years was sleeping with his secretary, real-estate agent Liza Adams is leery of a long term relationship. Which makes a short fling with Kevin Calhoun the perfect opportunity to break out of her ordinary life. Before she realizes what’s happened, one night turns into the weekend.
Not a problem. She can handle this.  Make some memories.  Feel alive again. Then move on.
But she soon realizes Kevin is after a whole lot more than just her body. When she agrees to help him sell some property before he leaves town, Liza doesn’t realize she’s in for the ride of her life.
Can the sexy bachelor convince her they can make a go of things despite their completely different lifestyles? With less than two weeks and three houses full of beds, Kevin will do anything in his power to convince her he’s in it for the long haul, and he’ll do anything to make her wildest dreams come true.
Amazon  /  Smashwords
~~~
As thrilled as I am to see Liza and Kevin’s story come to such a rewarding end, I have to admit that the journey has been filled with obstacles at every bend in the road.  I often found myself climbing mountains as tall and frigid as Mount Everest. Other times I was breathing through straws as the murky waters of the deepest Georgia lake sucked me down. It was treacherous, but I made it through the maze, better known as the World of Publishing.
After spending almost a decade reaching for this goal, I’m here to tell you it has been more rewarding that I ever could have dreamed.
I can’t thank you, my loyal blog followers, enough for sticking with me.  I hope you enjoy In Her Wildest Dreams as much as I enjoyed writing Liza and Kevin’s happily ever after.
Hugs!